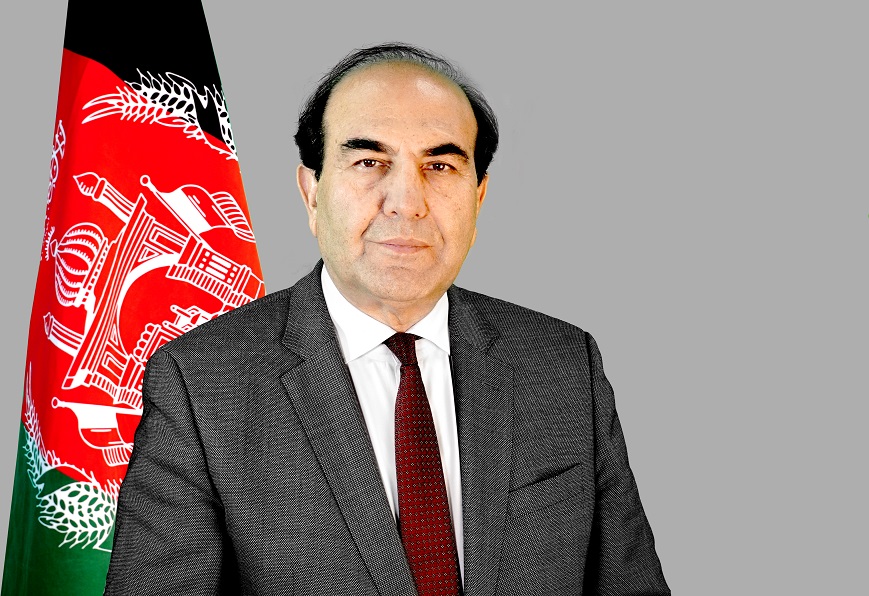 Professor Hamidullah Farooqi, son of late Habibullah Farooqi, was born in 1954 in a religious and intellectual family in Herat, Afghanistan. He completed his primary education at the Sayed Jamal Uddin Afghan School and his secondary education at the Habibiah High School in Kabul.
In 1973, he joined Kabul University, and in 1976, after obtaining a bachelor's degree from the Economics Faculty of Kabul University, he joined the training center's precautionary officers' course and proudly served under the flag for six months. In 1977, he entered the Ministry of Planning and served in various parts of the ministry.
After the soviet invasion, Professor Farooqi, ended his mission with the government and went on to establish his own personal business. Likewise any other Afghan who resisted the soviet invasion, Professor Farooqi was also made to leave his beloved country. After living in exile in Pakistan for some time, he continued to pursue his higher education in the United States of America and in 1995, he obtained his master’s degree in economics from Queen’s college city university of New York. Professor Farooqi used his time in the United States of America and established
various academic, cultural and political institutions and foundations while also conducting and publishing his research in renowned academic journals of the USA.
Professor Farooqi returned home after the Bonn Conference and the establishment of the interim government. He has joined the academic staff of Kabul University's Faculty of Economics and has been teaching at this prestigious university since 2003. During the course of the last two decades, he has broadly worked in the field of education, the establishment of business community association and private sector institutions, the establishment of private schools and universities, building the structure of scientific think tanks and associations, and the establishment of many well-known social councils.
By writing several scientific and specialized articles on economic and political issues of the country and the region, Farooqi has participated in dozens of international conferences, seminars, workshops and symposiums inside and outside the country and has actively contributed by presenting papers.
He has played a significant role in all peace Jirga’s and major national meetings, and in recent years, while continuing his sacred job as a teacher he was also the Chairman of the executive Board and member of the board of Directors of the Afghanistan International Chamber of Commerce (AICC). Chairman of the board of the Bank-e-Milie Afghan, Chairman of the Board of Directors of Khan-e-Noor Private School and University, elected Chairman of the Logar National Council, Chairman of the Breshna Intellectual Association (think tank), Chairman of the Association of Economists of Afghanistan and member of several national and international academic and specialized organizations, institutions and journals. In recent years, he has represented Afghanistan honestly and responsibly in several international and regional meetings.
Professor Hamidullah Farooqi joined the Cabinet of Ministers in 2008 after receiving the vote of confidence of the Wolesi Jirga (the National Assembly of Afghanistan) as the Minister of Transport and Civil Aviation.
In his last responsibility, Professor Hamidullah Farooqi, who was appointed as the head of the task force to review the logistic contracts of the Ministry of Defense based on the President's decree, performed his responsibility with honesty, dignity and courage and prevented hundreds of millions of dollars from falling into the pockets of corrupt people.
In addition, in order to advance reform programs and good governance within the framework of the National Unity Government alongside the trust and rulings of His Excellency President Mohammad Ashraf Ghani, Professor Farooqi has led high-level delegations for public reforms in Herat province, sectorial ministries, and the Kabul Bank case and has led many other national and governmental events.
Professor Farooqi was appointed as the Dean of Kabul University by the decree No. 1470, 4th august 2016 of His Excellency the President and based on the same decree,
he was appointed as an Advisor Minister to the President and a member of the Cabinet of the Islamic Republic of Afghanistan.
He has also represented Kabul University and the Islamic republic of Afghanistan in Afghan Red Crescent society as a member of the board of directors and in South Asian University, which is an affiliate of South Asian Association for Economic Cooperation (SAARC), by serving as a member of the executive board.
In addition, since 1389, the year of the establishment of the Logar people National Council, he has been repeatedly elected as the chairman of the council, and is still proudly leading that institution with social dignity.
Mr. Farooqi, according to the decree No. 150, dated 17/1/2021 was appointed as the State Minister for Martyrs and Disabled affairs, and later, based on the decree No. 3042, dated, 26/1/2021, he was recently appointed as The Acting Minister of Martyrs and Disabled Affairs.
Hamidullah Farooqi is married, has four educated and committed children. He speaks and writes in national languages (Dari, Pashto) and English.